In the middle of a chaotic crossroad there is a big tree. The tropical heat is unbearable, I walk up, strip off my clothes and start to take a shower under the tree. People, venders, bicycles and motorbikes are coming and going in a rush. I am totally naked in the middle of the street and it is innocent. The next day, my boyfriend, who is unusually older than I am, finishes working out when the heat strikes again at the peak hour of the day. He jumps in the shower under the tree, and I follow suit after he has finished. I am undressed again with people and cars going by as usual. They seem to be getting used to the idea, it is natural.

I am so amazed about being uncovered and taking a shower at the crossroad when suddenly three people stop on the road and stare at my unclothed body. They all look like they are from the eastern part of Asia. A woman in the group looks pretty tough and is the youngest. A man wearing glasses can’t hide his sexual fire behind his bifocals; he looks like a total pervert and he just stares at me without any words! Another man is the oldest, in his 50’s for sure. As he approaches me, he commands that I accompany them this very night.

All of a sudden the purity of the situation vanishes and I feel threatened. I grab my clothes and scurry into the crowd on the busy road. I feel as if I am running in sand and they easily trail me. The hotel that I used to work at is just around the corner so I dash in to try to find a place to hide, but I am caught! I am somehow dressed. They send me to an office to do some photocopying work before taking me away. It will take some time for the copies to be made and they start to wander around the lobby. I am left alone in the office and all I can think of is to look for a chance to escape from these three evil devils. I sneak out from the back door without anybody noticing. I start to run in a vast field as fast as I can and I never turn my head to look back. I run far away enough, my body becomes this tiny white spot blending in with the grim field. I am free and safe; at least that is what it seems.

A year or so later, my boyfriend and I returned from south East Asia. We are back in the Far East. Life is normal, until one day, we get out of the subway at our stop and head home. On the way down the escalator, I notice a young local politician standing on the porch of the police station facing south trying to gaining more popularity and votes at the end of the day. However, a fearful sixth sense starts to grow in me out of the blue, the same feeling of fear I had a year ago. I set my eyes on the politician one more time trying to see what slogan he’s got while he is standing in front of the table and facing the downward incline of the porch. There it is! The pair of glasses on the tip of his nose strikes my attention like lighting. It's him--the pervert bastard from around a year ago! I quickly turn my head away and down; use whatever is in my hand to hide my lips and the right side of my face, hoping he won’t recognize me. We pass the police station and 100 meters away, I finally turn my head back to talk to my boyfriend who is walking behind me and knows nothing of what is happening. “That is him!” My voice is shaky. He is puzzled and asks, “He…? Who?” “The pervert with the glasses,” I whisper with fear. “What a fucking nightmare! He is a local young popular politician,” I think to myself. I start to get more shaky and then I see out of the corner of my right eye there is this a two foot tall tough looking guy that is approaching us as I am explaining everything to my better half. Our eyes meet but I am too scared to think. Afraid of more horrible thoughts crossing my mind. I just want to get home safely with my boyfriend now and then pack some stuff and get out of here ASAP.

We are just few minutes away from home now. We quicken our pace, yet it is not our lucky day. The tall tough-guy faces us at a turn. He pulls out a pistol and clicks the safety off. “Is he a killer working for a politician?” I think almost certain. My boyfriend, then, hides behind my back and starts to drag me running in circles in slow motion. I am calmer and hope the killer will talk to us and let us know why he is pointing a gun at us and let us bargain for our lives (like a killer in a movie). But there he goes--two shots in a row! He kills us in cold blood! We fall down. My boyfriend doesn’t make any sound after that. My eyes are closed but I can feel pain in my left arm. I am hoping it is all the pain I will go through before my death. Time passes, I don’t know how much, and the pain is still there. I, then, open my eyes slowly and realize I am only shot in the arm and I am still alive. The killer is no longer in my sight. Surrounding me are a bunch of middle aged religious looking women (Christians perhaps? I think). One woman with black short curly hair who stands in the middle and looks the most religious of all, steps up and pulls out a newly sharpened shiny razor. She grins at me and says, “You should thank us for killing that old man of yours, shouldn't you?” I am not sure what that was supposed to mean, but one thing I am sure of is: I wish I was dead! I see what is coming next. She starts to stab my arms and my legs repetitively. I crawl to a spot where I can see the sky and I am hoping one of the American satellites is catching and recording this crucial scene revealing it to the world convicting the evil side of humanity to stop abusing power and being so cruel to people who are less privileged. To stop believing they know-it-all and have the privilege to kill in the name of God! Then, another sharp stab lands--right in my back, close to the spine! I finally scream and cry out loud!

My crying wakes me up! It's three-thirty in the morning. It’s just another one of the nightmares I’ve been having! My boyfriend is woken by my crying and listens patiently as I retell the nightmare. It has been two nights in a row that this has happened. It’s so vivid; I cry more over the story. I fall back to sleep.

Moaning and sad music downstairs wakes me up early in the morning. I get up and look out of the window. It’s a freezing cool morning. The street fills with a grieving mood. I see a group of family members, women in black Hanbok and men with black suits, ties and white shirts...I realize that one of my neighbors passed away suddenly last night.


Bio: Ting Peng was born in Hunan and grew up in Xiangtan, China. While at university she went to South Korea as a foreign exchange student. She has received her B.A. in English Language and Literature and M.A. in International Relations. She is currently lecturing at Yongsan University, Busan, Korea. 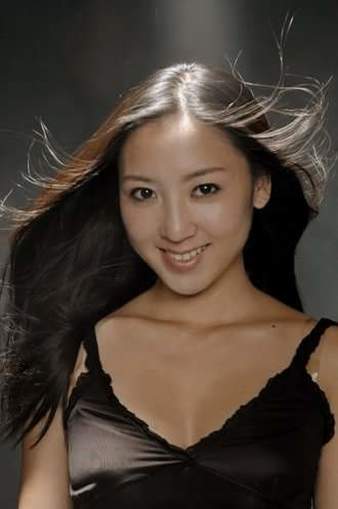