When the fascists are elected, my status
becomes unclear. I’m moved
from my view of the pleasant 15th-century square
to a closet in the shadow
of the 14th-century cathedral. The implication
being perhaps that if the coy
transcendent loophole in my Weltanschauung
and work were no longer a blank sky
but Mary and the saints,
I might be allowed to live, not be sent home.


The intellectuals (there are still intellectuals)
remain sympathetic
in the cafés (there are still cafés,
though the Internet is spotty). Yet I seem
increasingly beset
by local types with local grudges. One
novelist from a sheepherding (?) family
complains about being endlessly dissed
in the city … Is the regime telling me something?
Still, I make great strides with the language.


Each day, the government offices
are less and less help. They want to know
the exact nature of my relationship
with each of the disappeared
I ask about, back home. “We seek good relations
with the United States of America”
(he always uses the full title).
“It is the land of freedom and equal rights.”
“But you don’t believe in those things,”
I say, despairing.
His shrug is cosmopolitan, expressing nothing.


Few burqas on the people driven
in buses from the square – they look
like anyone, which makes them more intolerable.
“The new Jews,” says a friend; one notices
few of the old Jews about.
That evening I walk to the river
under a clear though not an endless sky
and spend my rationed coins on wurst and coffee.
The river laps the steps of the Old Quarter.
It’s good to be reminded there’s no hope.


The subtle persona
has me chained in a basement.
I’m fed well enough,
though he insists it’s poison.
There’s no toilet or shower
but he asks why I care.
When he visits and squats out of reach,
I ritually tell him
just how I would kill him,
and he in turn describes
what’s happening outside.
Endless war, stupefaction,
the past repeated. Farce.
I laugh till I’m hoarse,
which gives him occasion
to mourn, to profess himself
shocked by my attitude.
Some nights the whole house shakes
and echoes with moans,
but I’ve no way of knowing
what he’s really doing.


One day he’s upset.
A cult has arisen.
Thoroughly American,
it seeks serenity,
believes that the soul is good
and will enter Heaven;
for the rest, it kills and kills.
Downtown he saw a pile of them
shot by the National Guard
(which is not yet with them),
and a girl caught in the crossfire,
bleeding out. Her image destroyed him.
“You weep for one girl,” I smile,
“not a mound of youths?”
He says the heart and style must focus
on one. “I disagree,” I say.
“Pathos is cumulative,
quantitative. Which means that,
beyond a certain point, there is none.”


Meanwhile I sharpen the edge of a spoon,
slowly loosen
the chains, and strangle him with them
one afternoon. Go upstairs, shower.
His clothes fit perfectly.
On his desk, “Dear Persona” –
major awards dinner
that night. The whole tribe
will be there! I go as him. The winner,
praised for making monstrous childhood,
gender dysphoria, failed relationships,
and pain in every part into a voice
that speaks to every other troubled soul,
notices me over the crowd
and bursts into tears.
I don’t think we were ever introduced ...
it must be my vibe. 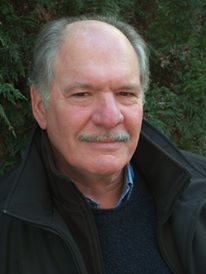