I can remember the morning you bum-rushed my butt,
a savage in a hurry to pitch me forward
and into the curly tapirs, but I went with the program
and let them nose me around the grounds
and snap my arms in place underneath the heavy squash.
Oh what with the harvest so fucking close
and the brutality of falling temperatures,
I wanted more than anything to guess the denim scarecrow
was going to flex its arms and legs and have the bulging
wherewithal to rally to my aid, but that kind
of shortsighted thinking took zero account of the many
ravens out there still pretending to be martins;
of you locked in the rut of playing toro; of the chubby,
taciturn shrews gone hopelessly depressed
and molasses-slow for weeks and weeks to come.


Many a creature dies a pale death
between the end of kelly-green summer
and the chill beginning of rust-and-red fall--
I know that describes me to a “t.”


Oh we’re not talking Death the Finality here,
I still pop back up when the sun’s gone down,
‘romp city alleys in meager street light,
‘still screw a pro or two in earshot of rats


across your areolas, painting lips brown
or black in the bargain. True, you
can argue if I’m that shaky an observer
as to be unsure of brown and black,


why, I must be one helluva lot nearer to winter
than “at the chill beginning of rust-and-red fall.”
The big point is you’re nowhere close to winter,
and I admit, of course, I’m knee-deep in the shit.


Kelly-green at best describes my liver (while it
beacons the way to your panties and bra);
rust-and-red drips from me every damned day
(while it’s the stick lads stuff you with per hour).


O my love for you still seems a slow-drying paint,
but it’s ‘cause I’m pale, I tell you, I’m pale,
and I darken no more on the closest of nights,
regardless of breath you bring in from the day.


Devil-in-the-essence-of-a-dog
(with brimstone and sulfur seeds
wedged inside your paws),
you stay clear of picking up that shit
if you follow simple rabbit scents
or run black squirrels up hickory trees,
instead of burying your warm, wet muzzle
in the folds and promise of my scrotum.
Yet it’s good to see you sense your limits,
that you’re not tempted to sniff about
the granite foundations of skyscrapers
rising from Central Park’s open borders,
and, Rover, it’s a thing of wonder
you’ll not now chase the leads you get
from crisscrossing my corduroy crotch,
‘won’t follow their arousing trail
to some of New York’s best bordellos.


Bio: William C. Blome writes poetry and short fiction. He lives wedged between Baltimore and Washington, DC, and he is a master’s degree graduate of the Johns Hopkins University Writing Seminars. His work has previously seen the light of day in such fine little mags as Amarillo Bay, PRISM International, Fiction Southeast, Roanoke Review, Salted Feathers and The California Quarterly. 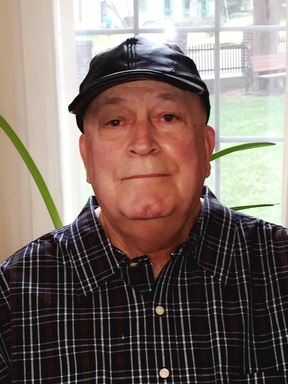